The Best Areas to Buy a Home for Seattle, WA Commuters 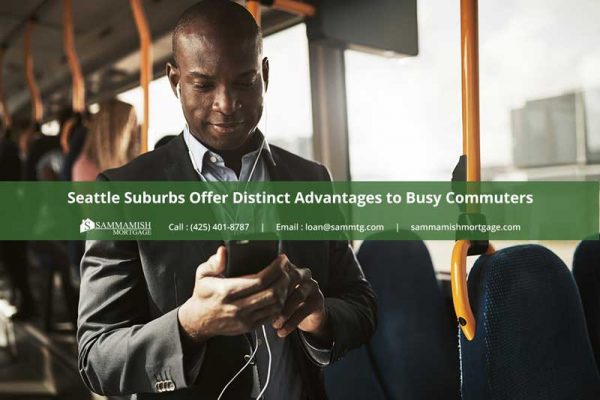 Suburban living offers plenty of advantages: more property for fewer dollars, including a quieter — and sometimes cleaner — environment, a less hectic tempo of living, and less human congestion overall. For these reasons, people are willing to give up the conveniences of city life, buy cars, and invest in landscaping and home maintenance.

Yet not all suburbs are created equal. For those surrounding Seattle, each possesses distinct assets and liabilities. Commuters do well, then, to weigh them against one another before purchasing a house. As old as the adage is, location still matters when putting down roots.

It is no secret that many couples head for the suburbs to raise children. A major factor in choosing where to live in the quality of schools.

Towns with the Quickest Commutes

Nobody wants to spend hours in a car, bus or train. Certain communities are better than others in terms of getting into and out of Seattle easily. Seattle Magazine recently reported that Puget Sound area ridership increased faster than any other U.S. metro area. It also identified those communities from which commutes are easiest and most comfortable.

Cities tend to have higher crime rates than outlying areas, for good reason — less likelihood of arrest, or even recognition, of the perpetrators. Fortunately, there are some excellent refuges from the wrongdoing.

With a population of about 3,300, it is hard for many criminals to get lost in a place like Clyde Hill. Property values are mostly in the seven-figures and the community has more of a rural rather than suburban feel. No violent crime was recorded there in 2019. While property crimes occurred, statistics fall way below the national average. The vast majority of residents are college-educated, and median household income is over $350,000.

Sammamish is a municipality, while not quite rural, with a very low per capita density. Among its 64,000 residents, fewer than 30 violent crimes — murder, rape, assault, and robbery — occurred in 2019. Concerning property crimes like burglary, theft, and automobile theft, rates of incidence did not break 20 percent of national averages. Like their neighbors in Clyde Hill, Sammamish denizens tend to be well-educated, with a median household income of $183,000.

According to statistics maintained by its police department, Mercer Island is also a relatively safe place in which to reside. In the last few years, the city has seen no murders or rapes, and just a handful of personal robberies or aggravated assaults. Property crimes and DUI arrests also rank low within Washington and around the country. Islanders have comfortable household incomes — $224,619 is the median — are well-educated and moderately diverse.

Yarrow Point, Washington, has the fifth-lowest crime rate in the Evergreen State. There is virtually no violent crime while records indicate one or two property crimes in each of the last three years. Like the other safest places, Yarrow Point benefits from small populations and high personal revenue.

The Seattle area has many high-end communities surrounding the city. Still, there do remain communities that are both comfortable and affordable.

North Puyallup is among the best suburbs in terms of expenses. Median home values rest at $600,361 with rents centered at $1,933 per month. Many residents are college-educated but just as many are not. The median household income is just over $79,000. North Puyallup retains a small-town feel with moderately-priced restaurants and coffee shops. Attractive to retirees, this town has an abundance of public parks for walking, sitting, and enjoying nature.

Lochsloy is an outlier, of sorts, in this transient era. Many people who grow up here choose to stay or, alternatively, return after a period away. Rustic in many ways, Lochsloy has a population of 2,664 with a median home value of $562,066. A survey of residents points to a median household income of $86,000. Most commuters in town opt to use their own vehicles and drive alone into Seattle. This community attracts all age groups, the median age is 46.

About 35 miles from downtown Seattle, Gold Bar has about 2,200 residents. This locality tends to be younger — median age is 36 — and earn around $72,000 per household on average. A study of home prices yields a median of $492,503. Proximity to Wallace Falls State Park provides many recreational opportunities free of charge or, otherwise, low in cost. A theater and numerous cafes pepper the landscape in Gold Bar.

Talk to a Loan Officer for Additional Insight

Commuters buying in suburban Seattle do well to consult their mortgage loan officer for advice. With intimate knowledge of real estate markets and local geography, a mortgage professional can be an invaluable resource for finding the right location and the best commute.

Sammamish Mortgage has been around for a long time. In fact, we have been around since 1992 and are here to offer our expertise to you. Based in the Pacific Northwest, we offer mortgage loan programs in WA, OR, ID, and CO.

If you want to get a rate quote, you can Contact Us directly. We can also explain the entire process to you. If you would like, you can View Rates on our website or if you are ready, you can Apply Instantly or get a Rate Quote. 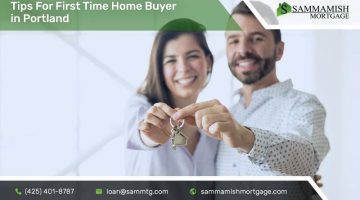 8 min read
First Time Home Buyer in Portland: 10 Tips for Buyers
Are you a first time home buyer looking to buy a home in Portland, OR? If so, you'll want to find...
Read more 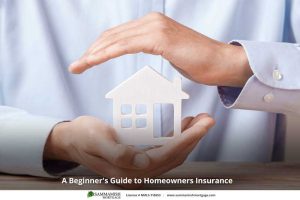 5 min read
A Beginner’s Guide to Homeowners Insurance
Living in the west region of the United States means getting a dose of nature almost anytime you...
Read more
Show 30 more posts
from this category