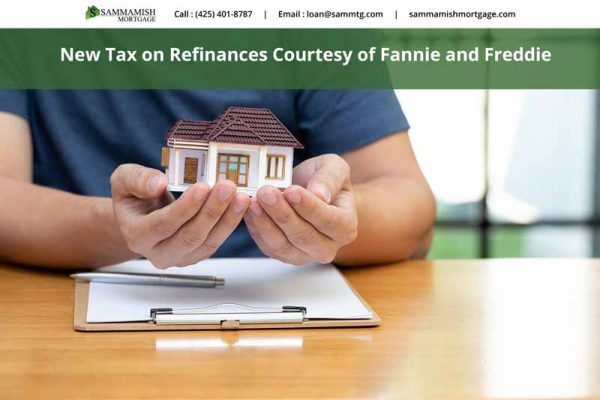 Refinancing is a very attractive option for homeowners these days. With mortgage interest rates still relatively low, owners are flocking to lenders to lower their monthly payments. As always, they must balance the promise of smaller remittances with the expenditures associated with closing a new loan. In many instances, it is worth it.

Not long ago, a policy was instituted by the Federal Housing Finance Agency (FHFA) that tipped the balance the other way. Under the previous scenario, those government-sponsored enterprises (GSEs) — FannieMae and FreddieMac notably among them — that purchase mortgages from lenders impose a .50 percent surcharge on refinance transactions.

But luckily, these refinance fees have recently been dropped. Although Fannie Mae and Freddie Mac were charging lenders a 50 basis-point fee for every loan they offered to these mortgage entities, that will no longer be the case going forward. These fees were initially introduced as a way to cover anticipated losses as a result of the health crisis. But they’ve now been eliminated.

Who Paid the Old Fee?

Dubbing this tax a loan level pricing adjustment (LLPA), the GSEs was able to reduce the amount owed to the lenders when loans get purchased. For example, a $400,000 home loan bought by FannieMae would cost the investor $2,000 (.50%) less because the lender owes the LLPA on the 400k.

In other words, the lender’s take was reduced while the GSEs spending was diminished. The problem was that banks and finance companies needed to sell loans to replenish their coffers, pay their employees and vendors and show a profit in the process. If loan buyers were paying less by means of the LLPA, lenders needed a way to make up for the shortfall.

How Do GSEs Purchase Mortgage Loans?

Many borrowers have heard of FreddieMac and FannieMae but precious few have any relationship with them. When mortgages are sold by lenders, the servicing is also sold off. The GSEs do not service loans, so these entities morph into an impersonal concept known as the “secondary market.”

Yet lenders that seek GSE dollars work hard to follow Fannie and Freddie rules if they wish to continue doing business. Whether loan applications are accepted or rejected, applicants can be fairly certain that a GSE guideline was involved.

The reason GSEs have guidelines is the same reason each lender has them: mortgage loans represent risk. Rules are put in place to make those risks manageable. Why? Because Fannie, Freddie, and the others want to sell the same loans they bought, except this time as mortgage-backed securities.

Recognizing that riskier loans make riskier investments, GSEs tell lenders the particular conditions upon which they will purchase. Parameters are placed on credit scores, the ratio of loan amounts versus home values and the ratio of debt to overall income, to name a few.

After a lender closes a loan, documentation is forwarded to a GSE like Fannie Mae for review. If the GSE determines that all of its criteria are met, it then notifies the lender of purchase.

On the other hand, if certain verifications are missing, for instance, or underwriting calculations do not add up, the loan buyer will hold up the purchase until the outstanding issues are resolved. If the loan was not disclosed, originated, processed, underwritten and closed according to GSE standards, the mortgage lender may be stuck with it.

How the LLPA Affected the Loan

The LLPA is also known as the Adverse Market Refinance Fee, in essence a tax on borrowers because of hard times.

This means that many fewer dollars were flowing in relative to originated loans. Although the full loan balances still remain due and payable, such revenue is delayed for some time to come.

One bright spot is that lending activity increased as interest rates fell. The new business would offset at least some of the albeit temporary losses from the many loans in forbearance.

Just as every business tax is passed on to consumers, so too did the LLPA end up costing borrowers. These risk-based fees were not new in and of themselves. They have often applied when credit scores are iffy, LTV is on the high side, or property is pure investment and non-owner-occupied. Yet these levies relate to a weakness in the application.

The Adverse Market Refinance Fee was applied to every conforming refinance transaction regardless of particulars. Such an expense put a damper on home finance for many homeowners. But thankfully, that fee has been reversed.

Times are indeed tough for many but mortgage lending never significantly dropped off in the spring and summer of 2020. In a letter to its lenders, FannieMae cites “market and economic uncertainty resulting in higher risk and costs” as the reason for this new fee. What exactly that means is open to interpretation.

Historically, Fannie, Freddie, and GinnieMae and FarmerMac, to name others, are quasi-government corporations. They are chartered by Congress to perform their missions and are run by directors, all of whom are political appointees. That was the extent of government control until the onset of the housing/banking crisis of 2008.

Responding to what appeared to be lax management, the federal powers assumed a more hands-on approach to the day-to-day activities of Fannie and Freddie. With FHFA as the primary regulator, these GSEs were subject to this greater degree of oversight for the past 12 years.

The federal agencies released the GSEs to their original state of semi-autonomy, which means that they had to boost their own capital reserves, as many large companies do to sustain their viability. So, entities that were chartered to promote and foster greater mortgage lending and, as a result, homeownership, charged extra for that privilege.

Dropping the Adverse Market Refinance Fee will help Americans take advantage of the low interest rate environment we are currently in to save more money. The FHFA is putting affordable housing in focus while also protecting the mortgage industry as a whole.

Homeowners seeking to refinance their mortgages will benefit greatly from this recent elimination of the Adverse Market Refinance Fee. The fee often caused an increase of 1/8 of a percentage point in rate. Depending on the amount of the home loan, that could be enough to take out an amount equal to a utility bill payment.

Mortgage interest rates are still relatively low, though they are inching up and have been on an incline over the past year. With this recent announcement of the elimination of the refinance fee, the number of refinance applications could climb to give homeowners more savings.

Although the LLPA has now been dropped from the annual percentage rate of every refinance, it can help to visualize how this fee affected refinances in each state. The following mortgage payments are based on a 20% down payment and the current rate for a 30-year fixed-rate mortgage of 3.55%.

Washington posts a median home price of $573,071. Based on the figures above, the average mortgage payment would currently be $2,064.

The average home price in Oregon is currently $486,642, making the mortgage payment based on the above figures $1,753.

In Colorado, the current median home price is $536,839. Colorado mortgagors make monthly loan payments of $1,934 based on the current rate on a 30-year mortgage with a 20% down payment.

Residents can help decide whether refinance is now feasible given the new realities by contacting a knowledgeable loan officer to discuss options.

Have Questions about Refinancing?

If you want, you can Contact Us for a rate quote. We can guide you through the process. Also, you can quickly View Rates on our website. Or if you’re ready, you can either Apply Instantly or get a Rate Quote. We can help you with any mortgage-related needs you may have. 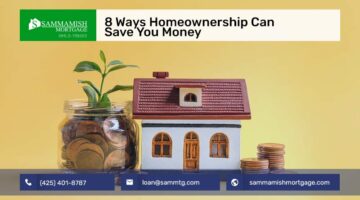 7 min read
8 Ways Homeownership Can Save You Money
Wondering if you should buy a home or continue to rent? Homeownership can save you money over the...
Read more

6 min read
Your Home Equity Can take You Places
Do you currently own a home? You’ve probably accumulated quite a bit of equity. Check out this...
Read more
Show 21 more posts
from this category