What’s Ahead For Mortgage Rates This Week – December 5, 2022 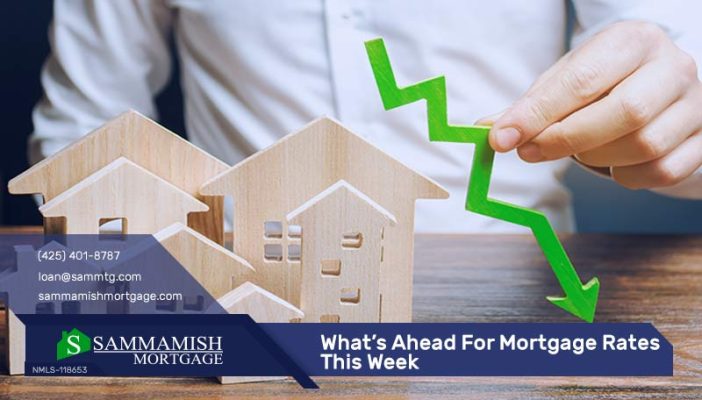 Mortgage rates have stabilized at a slightly lower level than the peak experienced in November. Could now be a good time for homebuyers to make their move before the end of the year?

Current Mortgage Rates This Week for WA, OR, ID, and CO

It’s a race too close to call according to experts on both sides who predict the Federal Reserve will institute another 75 basis point rate hike at December’s mid-month meeting, or a more moderate 50 basis point hike.

Slowing inflation for three weeks running has made some hopeful the Fed will lighten their rigid pattern of high rate hikes, but jobs reports make others think the Fed will continue holding firm.

After historic mortgage rate lows of just 2.65% in January of 2021, rates only increased slowly until March of 2022, when the Fed implemented a series of rate hikes.

Effects of Rate Hikes on the Real Estate Market

According to Realtor.com, there are 45% more active listings on the market than at this time last year, and houses are staying listed 8 days longer, with mortgage rates fluctuating wildly, many homebuyers are hesitating to step into the volatile housing market until it settles somewhat. With home prices still increasing, many hope mortgage rates will firm up at a lower place than they are currently at, letting them save on monthly mortgage payments.

Meanwhile, investors who snapped up single family homes intending to use them as rentals are now shedding homes quickly.  Institutional investors nationwide accounted for 6.7% — 1 in every 15 single-family home purchases in the third quarter according to ATTOM, but rent is so high now that buying a home even with rising mortgage rates can be cheaper.

Experts with the Federal Reserve say that they believe inflation has peaked, but that it will take a long time for things to settle. In fact, there’s little hope that goals will be met before 2025, meaning two very difficult years may be ahead. Still, it’s hopeful that there will be a soft landing and not a full on economic crash.

Whether or not that soft landing will extend to the housing market, poised on a precipice, is unknown. There is an ongoing housing crisis in America, and the skyrocketing home values across the country in the wake of the pandemic have left the entire market unsettled.

In early November, the much-anticipated release of the Consumer Price Index (CPI), put the current rate of inflation at even higher than previously feared. Hourly earnings remain down nearly 3% from this time a year ago, leaving most workers struggling to pay rent and mortgages.

The average American is fighting to stay afloat, which has some analysts wondering if a rash of mortgage defaults is on the horizon. This could lead to a serious impact on the housing market, as lack of housing already exists in the rental sector (occupancy is close to 95%) and rents are even higher than a mortgage in most cases, even with higher mortgage rates.

A housing crash would definitely affect inflation, though possibly not in the way most people would expect. If the Fed keeps pushing rate hikes – with one key board member saying the fight will almost certainly continue into 2024 – resolution is unlikely and the risk of an economic crash instead of a soft landing increases.

June’s inflation rate hit 9.1%, the highest in 40 years. July dropped a little, and according to the US Bureau of Labor and Statistics, the annual inflation rate in the US eased for a second straight month to 8.3% in August- but this was still .2% above the hopeful predictions of 8.1%.

The Biden Administration passed the Inflation Reduction Act of 2022, a health care, climate, and tax bill which Congressional leaders estimate would reduce the Federal deficit by $300 billion as part of a budget reconciliation process, earlier in October, with bipartisan support in both the House of Representatives and the Senate.

Easing inflation means a devaluation of the dollar worldwide; USD is down around 4% month over month, the biggest dip since September of 2010. However, it is still up an impressive 11% year over year.

Mortgage applications are down as inflated prices led to a cash buyer market in a rarefied environment where money talked and mortgage applicants couldn’t meet demands for homes priced out of their budget range. New and pending home sales are still far below where they should be for this time of year, and winter is coming – traditionally a poor season for home sales.

However, existing home sales have now fallen for nine straight months. The supply of single-family homes on the market is slowly growing, but in many high-demand areas inventory is still tight. Nonetheless, with mortgage rates starting to stabilize, more buyers may decide it’s time to reenter the house hunting market as investors slough off single family homes they are having trouble renting at the prices they demand.

Median-priced family homes are well out of the affordability range for the average American, according to ATTOM’s third-quarter 2022 U.S. Home Affordability Report. The costs of homeownership still hover at or above 30%, which can make it difficult for homebuyers to meet tightening lender qualifications for a mortgage.

However, rental rates are spiking so rapidly that buying a home is still by far the better choice. Redfin reported earlier this year that the average monthly rent in the United States surpassed $2,000 for the first time in May, rising 15% year over year to a record high of $2,002.

According to Bloomberg, housing affordability is currently “the worst on record”, reminiscent of the 1980s. Most financed homes would come with a mortgage payment costing well over 30% of household income, even with a hefty down payment and two working adults in the home.

However with mortgage rates slowly stabilizing and home values dropping in certain markets, prospective homebuyers remain hopeful that they will be able to buy their own home in 2023.

Americans filing first-time claims for unemployment benefits swelled to 222,000 last week, according to Labor Department reports from Thursday. This was well under estimates of 250,000, following the prior week’s sharp drop to a revised 194,000, still 5,000 below the earlier estimate.

The four-week moving average for unemployment is 238,750, representing a significant drop of 12,250 from the prior week, and heralding the lowest level since March 2020.

This is good news for American workers, but some say it’s bad news for the inflation issue, as workers able to demand and receive higher wages are pointed to by some economists as the problem.

These experts say that higher unemployment is key to a more stable economy. It’s unsure whether or not enough people losing jobs will allow the U.S. market to stabilize, or if the hike in unemployment signals a comping crash. Most new claims were linked to tech company layoffs, typically at the head of every curve.

October data from the Consumer Price Index dropped on November 10th, bringing welcome news for some: it rose only 7.7% for the year ending in October. This represents a much slower pace of increase than the 8% economists had expected and reflects the lowest annual inflation reading since January.

This indicates that inflation is moving in the right direction. Goods costs are expected to steadily deflate, but services prices will be slower to follow, leaving entire sectors stuck at a higher base cost rate.

On a monthly basis, prices rose by 0.4%, the same as last month’s, but this is good news considering most analysts expected a rise. The Core CPI, which excludes the more volatile categories of food and energy, only measured 6.3% for 12 previous months ending in October, down from a 6.6% increase at the end of September.

Month-on-month, core CPI increased just 0.3%, half the monthly increases of 0.6% in both August and September. However, categories considered necessities, such as shelter, food, and energy continue to experience large and consistent increases. The main decreases are for discretionary spending: airfare, used cars, and apparel.”

Loan limits have increased for 2023 due to rising home prices throughout 2022. Each county in every state has set its own loan limit. That said, for most counties, the new conforming loan limit is $726,200 for 2022. FHA loan limits are $472,030 for most counties in 2023, though they can be much higher for more expensive counties.

For FHA loan limits for 2023, visit our pages for Washington State, Idaho, Colorado, and Oregon.

Check out our mortgage loan limit tool for conventional, FHA, and VA loans.

Ready to Apply For a Mortgage?

Do you have questions about rates this week and home loans? Or are you ready to apply for a mortgage to buy a home? If so, Sammamish Mortgage can help. We are a local mortgage company from Bellevue, Washington, serving the entire state, as well as Oregon, Idaho, and Colorado. We offer many mortgage programs to buyers all over the Pacific Northwest and have been doing so since 1992. Among our programs includes the Diamond Homebuyer Program, Cash Buyer Program, and Bridge Loans. Contact us today with any questions you have about mortgages. 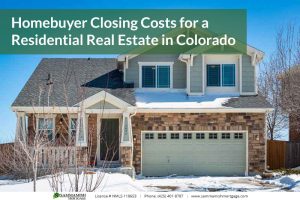 7 min read
Homebuyer Closing Costs for a Residential Real Estate in Colorado 2023
If you are looking to buy a home in Colorado in 2023, you’ll want to know what all your costs...
Read more