Where Are People Moving To In The US? 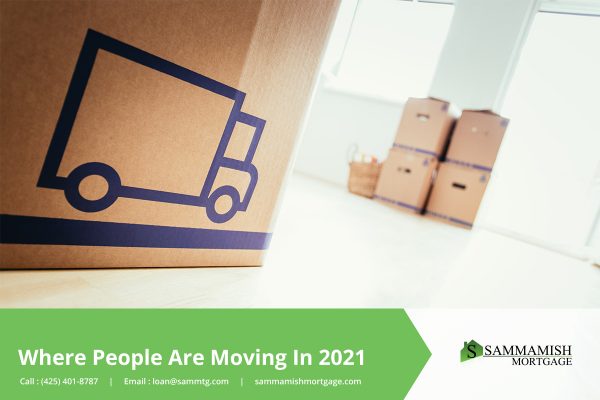 Now more than ever, people in the US are rethinking their living situation. But where are they all moving to? Well, in this article, we’ll go over the key areas and reasons why people are relocating in 2022.

As of late, there is no denying that  COVID-19 changed the way we live and work. In fact, one of the most interesting side effects of the pandemic was the surge of people looking to relocate. According to US moving studies, at least 56% of Americans are actively planning to move.

People are moving for various reasons, including the shifting economy, the increasing rise in remote work, and the ongoing desire to relocate to less densely populated areas. That said, there are several key areas that people are looking to move to this year.

Before getting into exactly where, it is important to note that with the economy in an uncertain state and joblessness still at high levels, people are looking to relocate to cities with low living and housing costs. In 2020 and 2021, a significant number of people in the US simply couldn’t afford their current housing, mainly due to a  COVID-related loss of job or income and were considering relocating to reduce living expenses.

Moreover, even those with financial security are moving away from cities with high living expenses. This is partly due to the rise of remote work, which has allowed those who lived in costly cities to relocate to more affordable places. The truth is without the need to live in large cities and business hubs, many are opting for areas of the country or their state that have affordable housing and living expenses.

This is one of the big reasons people living in urban areas are beginning to think twice about their living situation and are actively considering relocating, especially in comparison to those living in rural or suburban areas.

Looking to Spread Out

Furthermore, in an effort to avoid crowded areas, many are opting for more spacious regions. More homeowners and potential homebuyers are seeking homes with additional outdoor space and less cramped quarters. In fact, the desire for more space has people flocking to Idaho, New Mexico, and Maine, among other non-densely populated states in the US.

On the other hand, states that saw a mass exodus and continue to see more and more people leaving are New York, California, Illinois, and the District of Columbia—all of which are among the 15 most densely populated states in the country.

As briefly mentioned, a shift to remote work is likely one of the leading causes for people’s willingness to relocate. Analysts actually predict that anywhere from 14 and 23 million people in the US are planning to relocate due to remote work opportunities this year alone. Better still, more than  54.7% of them are moving more than two hours away from their current location or neighborhoods.

Now, individuals with remote-working jobs no longer have to navigate the high housing costs of massive labor markets. As a result, a large portion of those individuals are taking advantage of the opportunity of less expensive homes.

As remote work increases in desirability, many are looking to move to cities where remote work opportunities are more plentiful. For instance, nearly 10% of the population in cities like Raleigh, Austin, and Denver work from home, thus making them continued attractive destinations for homebuyers and renters.

That said, people are moving to smaller suburbs and neighborhoods surrounding big cities. An in-depth look at US migration patterns has revealed a nationwide move from downtown communities to the surrounding suburbs. This is especially true, as more and more individuals are able to work remotely; and thus, are no longer attached to city centers. This means that homebuyers as a whole are looking to purchase in less dense neighborhoods.

Interestingly enough, almost 90% of people who relocated to the US in 2020 stayed in the same county. Take Seattle, WA, for example. The rise in Seattle scrollers searching for homes outside King County was only 11%. Likewise, major cities such as Portland, OR, is also still seen as an enticing place to live, with only a small percentage of people looking beyond Multnomah County.

But be that as it may, there is no denying that there are places that saw real growth. Specifically, these are states and/or cities that offer pandemic-related benefits and more affordable living.

A prime example of such a place is Colorado. Colorado was already a trendy state with its stunning mountain views, opportunities for outdoor recreation, and hip urban areas before the pandemic. However, the desire to move to The Centennial State increased, as Colorado’s abundant employment opportunities, agreeable weather, laid-back vibe, and access to outdoor activities made it a popular relocation destination, especially for young people. And this continues to be the case, even now.

Yet another hot spot that people are looking to spread out in and get away from big cities is Idaho. The gem state saw nearly three times as many people move in as move out in 2020, due in part to its low cost of living, which is 7.8% lower than the national average. It’s also one of the least densely populated states in the US, giving people, especially retirees, plenty of room to spread out without fear of contracting the virus.

Clearly, these are just a few places that people want to call home. Nevertheless, the above-mentioned locations are definitely worth considering if you’re looking for an affordable change that will benefit the whole family. That said, other states, at least, that are on top of people’s list for possible relocation this year include Texas, North Carolina, and Arizona.

Ready to Apply For a Home Loan?

Are you curious about mortgages, or are you ready to apply for one to buy a home? If so, Sammamish Mortgage can help. We are a local mortgage company from Bellevue, Washington, serving the entire state, as well as Oregon, Idaho, and Colorado. We offer many mortgage programs to buyers all over the Pacific Northwest and have been doing so since 1992. Contact us today with any questions you have about mortgages. 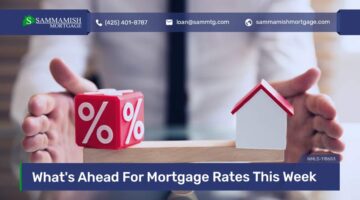 6 min read
What's Ahead For Mortgage Rates This Week - August 15, 2022
Mortgage rates are going up, as are monthly mortgage payments, but home sales are slowing in...
Read more

6 min read
Most Popular Cities For Relocating in WA To Get a Better Deal on a Home
Relocating to different cities in WA is often motivated by the cost of home prices. People don’t...
Read more
Show 48 more posts
from this category