Portland’s Eastside vs Westside: Which is Better For You? 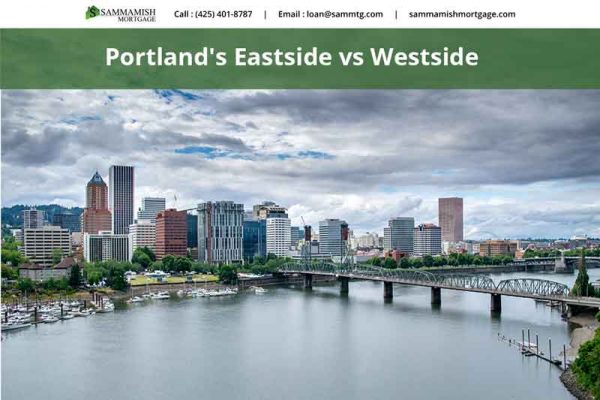 Thinking about buying a home in Portland? Locals continually battle over whether Portland Eastside or Westside is best. Both sides have convincing arguments! Portland has a competitive housing market, so it’s important to do your research.

It’s a running joke that Portlandians have a different take on fractions than the rest of the country, seeing as how the city is divided into five “quadrants.” The real question you’ll be asked once you move in, however, is “Which side of the river are you on?” At the end of the day, it’s where you are in relation to the Willamette that really matters.

How Portland is Divided

The five main areas of Portland include:

North Portland is considered Eastside since it is on the northeast side of the river where the Willamette hooks west.

Things to Love About East Portland

East Portland has become a mecca for foodies who love great eats and even better beverages. It’s also considered the “artsy” district, with plenty of shops and stalls to meander through. Highlights include:

This gem has been screening The Rocky Horror Picture Show weekly without interruption since 1978. Even during the pandemic, the owner showed up and screened it for staff. The live screening includes an interactive environment and everyone does the Time Warp (again.)

The famous (infamous?) “Put a Bird On It” sketch from the popular show Portlandia was filmed at Land, a shop and art gallery on North Mississippi Avenue. The entire four block radius is walkable and full of fun finds. Currently the physical shop is closed but the online shop remains open for purchases.

The most famous vinyl store in the area, Music Millennium is open for business and has vintage vinyl for every taste. You can’t get much more Portland than that. This is Portland’s oldest record store, dating back to 1969. It has “underground music” and finds that are getting rarer by the year.

In the charming Hawthorne District, this huge collective houses more than 60 dealers in a 13,000 square foot space. Plenty of room to social distance and shop. The entire area is a deal-seeker’s dream.

There is plenty of variety in Portland’s Eastside when it comes to neighborhoods. A local mortgage lender can make it easier to get your dream home.

North Portland hosts the University, with affordable housing around St Johns bridge, for easy access to Forest Park, one of the largest urban parks in North America.

Laurelhurst sprawls across E Burnside, extending into both Northeast and Southeast. Laurelhurst Park, the first city park ever listed on the National Register of Historic Places, sits close to the center, and it’s anticipated that Laurelhurst neighborhood will be designated a historic district in its own right shortly.

Irvington is already a historic neighborhood, with no modern construction allowed. If you plan on buying a home in Portland and settle on Irvington, be prepared to deal with older homes’ quirks. The beauty of the area is undeniable, however.

Clinton-Division is ideal if you love condo-living. The neighborhood is crammed with shops and cafes, but you’ll need to ask around to see which eatery is on its game and which isn’t worth stopping for a coffee.

The suburb of Milwaukie stretches along the Max line, and is highly in demand for first time homebuyers. It provides a little distance from the city center while still allowing easy access.

Things to Love About West Portland

Westside Portland, while perhaps not as “hip” as Eastside, still has much to offer. Excellent school districts make it a landing place for families or couples hoping to start their own. Eateries around and there are numerous tech companies for a wealth of employment opportunities.

The aforementioned 5,157 acre urban park in the middle of West Portland has tons of wildlife for birders and photogs, as well as numerous trails for hiking, cycling, and riding.

Powell’s City of Books and Floating World Comics provide Westside Portlandians with the ability to satisfy bookworm tendencies. The enormous classic arcade “Ground Kontrol is a gathering spot for gamers.

Now is a great time to buy a home in Portland. Interest rates are down across Oregon, so even the hot housing market is accessible.

The Pearl District is seen by some as a tourist destination, but there are plenty of lovely homes within quick walking or biking distance of eateries, shops, and galleries.

Love animals and nature? Arlington Heights is nestled in the Washington Park hills, with easy access to the Oregon Zoo, Hoyt Arboretum, Portland Japanese Garden, and the International Rose Test Garden. 300 homes are scattered among the trails, making this one of the most scenic neighborhoods in Portland, if a bit pricey.

The neighborhoods of southwest Portland feature a slower paced way of life, with affordable single family houses on larger lots, excellent schools, and plenty of parks.

Highrises abound in this relatively new community, and you can easily walk to the Greenway or catch the Portland Aerial Tram to Oregon Health & Science University (OHSU) which employs around 16,000 people. Students, service workers, and university staff populate this area.

Again, just a little further out of town puts you in a beautiful suburb. Affluence and elegance are hallmarks of the neighborhood of Lake Oswego and gives you access to swanky golf courses and swankier boutique shops.  Who knows, with Portland mortgage rates so low, maybe you can afford this luxury existence!

Have you picked out your favorite Portland Eastside or Westside neighborhood yet? We make buying a home in Portland easy.  Our loan officers can help you get preapproved for a loan and walk you through the process.

Sammamish Mortgage has been in business since 1992, and has assisted many home buyers in the Pacific Northwest. If you are looking for mortgage financing in Washington State, we can help. Sammamish Mortgage offers mortgage programs in Colorado, Idaho, Oregon and Washington.

Contact us if you have any mortgage-related questions or concerns. If you are ready to move forward, you can view rates, obtain a customized instant rate quote, or apply instantly directly from our website. 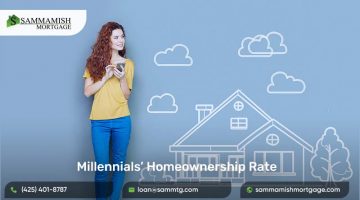 There are several things millennials can do to realize their dream of homeownership in 2021, including preparing ahead of time for the mortgage and home buying process. 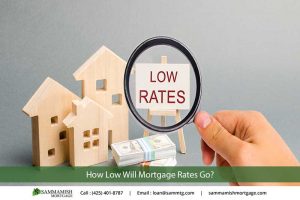 How Low Will Mortgage Rates Go?

Plummeting interest rates are making lenders nervous and homebuyers ecstatic. Is now the time to buy, or could mortgage rates go even lower?

Show 62 more posts
from this category