Homeowners in Washington Can Benefit From a Refinance in 2022 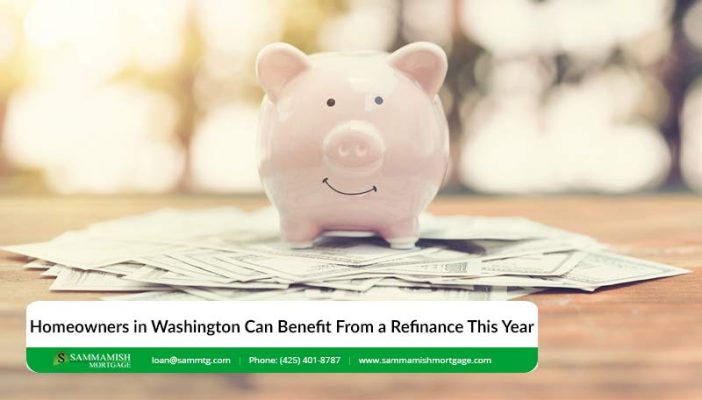 Mortgage rates have been on a decline for a couple of years, and that has increased the benefits of a mortgage refinance for homeowners in Washington.

When mortgage rates fall, this presents a prime opportunity for homeowners to refinance their mortgages and take advantage of much lower rates. In turn, this can save them tens of thousands of dollars or more over the duration of their mortgage.

And based on how low mortgage interest rates are today (even though rates are inching up), now may be a great time to capitalize on low rates and save by refinancing.

Homeowners in Washington Can Benefit From a Refinance

When mortgage rates are low, it might make sense to refinance. The financial benefits of refinancing can depend on several factors. The homeowner’s current mortgage rate, the rate assigned to the new loan, and the length of time you plan to say in the home all play a role.

Right now, the average mortgage interest rate for a 30-year fixed-rate mortgage is 3.56%, according to Freddie Mac.

In fact, refinancing has been so popular among homeowners as a result of low rates that lenders have been having a tough time keeping up with the demand.

Many people with an existing home loan don’t realize what position they are in, as far as interest rates and refinancing go. Or maybe they don’t think about it at all. But while rates remain low, homeowners may want to consider the opportunity to refinance to save a bundle.

Tht said, mortgage rates have been on the rise over the past few months. As such, refinance activity has declined, according to the Mortgage Bankers Association. But that doesn’t mean that it’s not a good time to refinance.

If your credit or financial situaiton has improved since you initially took out a mortgage, you may be able to qualify for a lower rate. If so, you can refinance to potentially save quite a bit of money with a lower rate.

At the same time last year, the average rate for a 30-year fixed mortgage loan was 2.77%. That’s based on the weekly industry survey conducted by Freddie Mac. Rates have been increasing steadily through the year, though they still remain very low.

That’s where we are now, as of late January 2022. Looking forward, some economists and analysts have predicted that rates will remain low throughout 2022, but may end off the year 2022 at around 4.0%. But there’s no way of knowing for sure. A lot could change between now and then.

Refinancing usually works best as a long-term strategy. There are typically closing costs involved, just as there are with a purchase loan. So the idea is to save more money over the long term than what you pay in processing / closing fees. The point at which this occurs is known as the break-even point.

If you’re a homeowner in Washington, and you’re currently paying on a mortgage loan, you owe it to yourself to look into the potential for savings. Depending on your situation, you might be one of those homeowners with an interest rate incentive to refinance.

Looking to Refinance in Washington?

If you are considering refinancing your mortgage, Sammamish Mortgage can help. We are a local, family-owned company based in Bellevue, Washington. We serve the entire state, as well as the broader Pacific Northwest region that includes Idaho, Colorado, and Oregon. We have been offering a wide variety of mortgage programs and products with flexible qualification criteria since 1992. Please contact us if you’d like to find out if you could benefit from refinancing your existing mortgage. 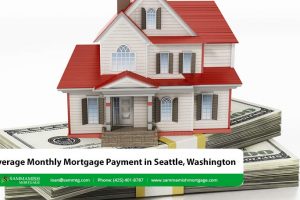 4 min read
Average Monthly Mortgage Payment in Seattle, WA in 2023
How much can you expect to pay in mortgage payments when you buy a home in Seattle? In this...
Read more 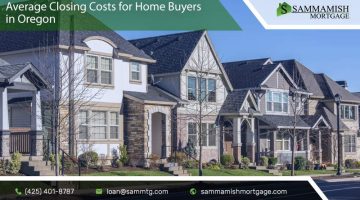 5 min read
Average Closing Costs for Home Buyers in Oregon 2023
Buying a home in Oregon comes with more costs than just the mortgage itself. There are closing...
Read more
Show 217 more posts
from this category