Washington Neighborhoods Named Among the Most Competitive in US for Buyers

According to a recent report by Redfin, a Seattle Metro Area neighborhood listed as one of the most competitive in the nation right now, from a home-buying perspective.

Tacoma Neighborhood Ranked as Among Most Competitive in U.S.

An increasingly popular neighborhood in the Seattle metro area was recently ranked as one of the most competitive neighborhoods in the country for home buyers. According to a December 2021 report from the real estate company Redfin, the neighborhood of Tacoma “very competitive” right now.

More specifically, Spanaway is named one of the “most competitive” neighborhoods in the whole country, according to RedFin. Spanaway is located just south of Seattle in the Tacoma metro area. More than half of homes sold above the listing price over the past year, and the average home stayed on the market for only 6 days before selling. According to Zillow, home prices in this area increased 18.7%.

Most Competitive Neighborhoods in the Country

According to data gathered from RedFin by real estate researchers and experts, Washington State ranked number one in 2021 among states with the most competitive real estate markets. With a competitive market score of 97.8 out of 100, Washington has been hot for a couple of years now thanks to a number of sizzling areas, including Tacoma and Spanaway.

This report just reinforces what most residents in the Seattle area already know. The local real estate market is still very competitive and expensive right now, with a lot of competition among home buyers.

So what’s a buyer to do? How do you navigate this kind of market to find, evaluate and purchase a home? Sammamish Mortgage has you covered.

We’ve created a series of helpful guides, and even a 24-page handbook, to help you succeed in the highly competitive Seattle real estate market.

In a competitive real estate market, it’s also important to have your financing lined up before shopping for a house. This will make you more competitive and increase your chances for success. If you’re planning to use a mortgage loan to buy a home in Seattle, you should seriously consider getting pre-approved before house hunting. Learn more here, or contact us to begin the process!

If you have any queries about home loans in Washington State or any other part of the Pacific Northwest, Sammamish Mortgage would love to help. We are a family-owned and operated mortgage company based out of Bellevue, WA, serving the Pacific Northwest since 1992. We currently lend in all of Washington, Colorado, Oregon, and Idaho, and are happy to offer many mortgage programs to borrowers across the region. Get in touch with Sammamish Mortgage today! 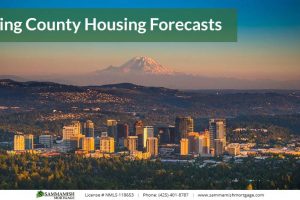 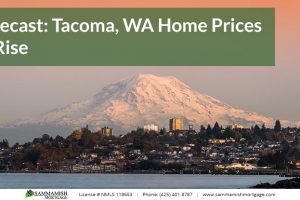 3 min read
Forecast: Tacoma, WA Home Prices to Continue Rising In 2023
The Tacoma real estate market has been hot over the recent past and is expected to continue this...
Read more
Show 135 more posts
from this category