Washington Property Taxes: How the New Tax Law Affects You 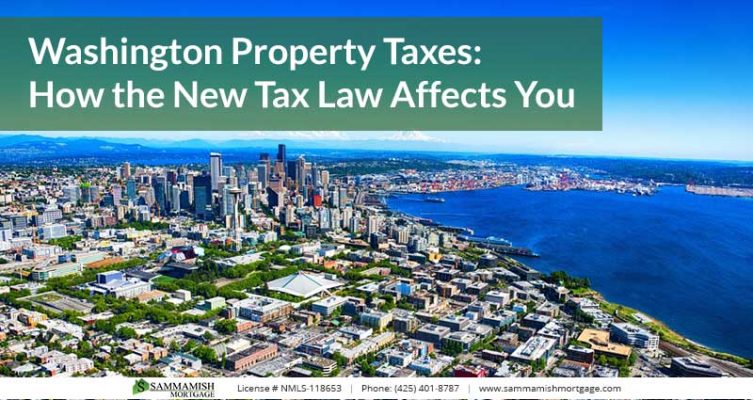 Summary: Many homeowners and buyers have been wondering how the recently implemented tax law will affect Washington property taxes. Here’s a quick and easy-to-understand overview to help you get more familiar with how these taxes will impact you as a homeowner in Washington state.

We’ve received a lot of questions relating to the new tax law, and how it affects deductions for things like mortgage interest and property taxes within Washington State. These questions are warranted, because it’s a fairly confusing topic.

We covered the new rules for mortgage interest deductions in a separate blog post. So that’s a good place to start, if you’re a homeowner in Washington and you currently have a mortgage loan.

Below, we will look at some of the key provisions of the new tax bill, and how they might affect homeowners and future home buyers in Washington State.

In December 2017, President Trump signed into law a new tax-reform package that was drafted (and re-drafted) by Republicans in the House and Senate. The Tax Cuts and Jobs Act, as it is officially known, is a fairly broad update to the U.S. tax code, and it could affect many residents of Washington State.

There are many changes and provisions found within this bill. (The PDF version weighs in at a hefty 200 or so pages.) So let’s start with the basics. Here are three provisions that could affect residents of Washington, including new rules for property tax deductions.

This was a hot-button issue during the debate process, because it significantly reduces the amount of state and local taxes people can deduct when filing. It will affect some homeowners in Washington State who pay property taxes each year.

Before the passage of this bill, the state and local deduction (or “SALT”) was essentially unlimited. As of 2018, however, taxpayers in Washington and nationwide have only been able to deduct up to $10,000 in combined property and sales taxes. There was no cap before, but there is now.

According to a Seattle Times article: “only 30 percent of Washington residents itemized local taxes in 2017, a rate that will probably go down with the new tax law.

Other analysts and experts have echoed this notion. Kathy Pickering, Executive Director of the Tax Institute at H&R Block, explained that “the new Tax Cuts and Jobs Act (TCJA) eliminated or restricted many itemized deductions beginning in 2018, and raised the standard deduction. That means fewer taxpayers are likely to itemize [going forward].”

This is another change that stirred a lot of controversy, forcing Congress to haggle back and forth over the details. Here’s what they landed on:

Under the new tax bill, homeowners in Washington State and nationwide are able to deduct the interest they pay on mortgage debt up to $750,000. Before this change, the cap was set at $1 million. So it was reduced by $250,000 starting in 2018.

According to a Forbes article from January 2018:

“If you buy a home between now and 2026, you can deduct the interest on up to $750,000 in mortgage debt used to purchase or improve it as an itemized deduction. This cap affects home purchases made after December 14, 2017.”

This change will apply to new home loans originated after the new law took effect. Mortgages that existed before the new legislation took effect should not be affected because of grandfathering.

This change could have the biggest impact on owners of higher-priced luxury homes in Washington, as well as those who buy homes in the pricier Seattle area. But if your mortgage balance is $750,000 or below, you’ll be largely unaffected by this tax change.

3. Fewer households will have to pay the individual AMT.

According to the tax preparation software company TurboTax, the Alternative Minimum Tax (AMT) “was designed to keep wealthy taxpayers from using loopholes to avoid paying taxes.” It primarily applies to those with income levels above a certain threshold. And that threshold is changing.

Under the Tax Cuts and Jobs Act, the AMT will stay in place but will undergo some changes. Prior to this bill’s passage, the AMT applied to individuals earning over $120,700, and married couples earning more than $160,900. The tax reform package raised the applicability threshold to $500,000 for individuals, and $1 million for married couples.

If you’re in the market to buy a home and are in need of a mortgage, we can help. Sammamish Mortgage has been in the business of supplying mortgages for buyers in Washington, Idaho, Colorado, and Oregon for over 20 years, and we’d be happy to help you get on the path to homeownership topo. Get in touch with us today for an instant mortgage quote. 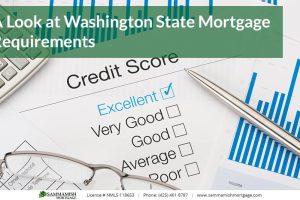 5 min read
A Look at Washington State Mortgage Requirements in 2023
Do you have questions about mortgage loan qualification requirements in the State of Washington? If...
Read more 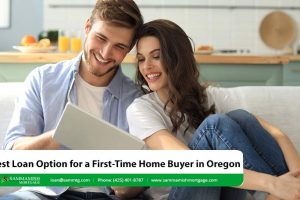 4 min read
Best Loan Option for a First-Time Home Buyer in Oregon
Are you a first-time homebuyer looking to buy in Oregon? If so, what type of home loan product...
Read more
Show 217 more posts
from this category