Seattle Jumbo Loan Rates Can Be Lower Than Conforming 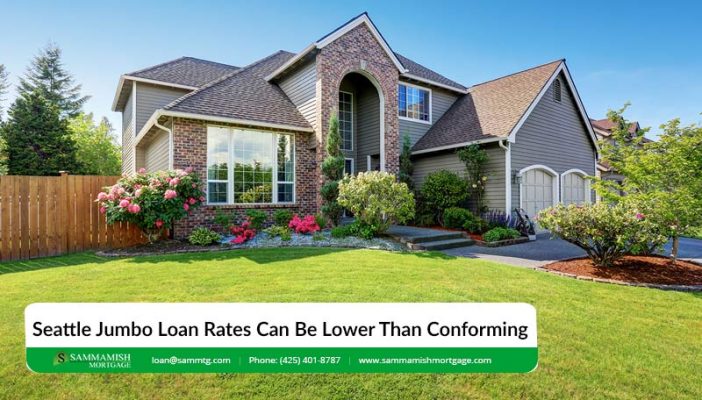 Summary: The interest rate assigned to conforming loans versus jumbo loans can often differ. And many people may assume that a smaller loan amount would translate to a lower rate. But that’s not always thew case, as we’ll explain in this article.

The median home price in Seattle is now around the $783,970 mark as of December 2020, and it is expected to increase over the next few months. Given the high price of homes in Seattle relative to other centers in Washington State, a higher percentage of home buyers in Seattle are using jumbo mortgage loans to finance their purchases.

You might think a jumbo loan would come with a higher interest rate, since there’s a higher amount being borrowed. But that’s not always the case. In fact, Seattle jumbo loan rates can sometimes be lower (on average) than the rates assigned to conforming mortgage loans.

Getting a “Big” Mortgage Loan in Seattle

A conforming loan is one that meets the size requirements used by Freddie Mac and Fannie Mae, the government-sponsored corporations that buy loans from lenders. These limits vary by county because they are based on home prices.

When a person borrows more than the conforming loan limit for his or her county, it’s referred to as a jumbo mortgage loan.

In King County, Washington, the conforming loan limit for a single-family property is $776,250 for 2021. So anything above that would be considered jumbo.

Some mortgage shoppers shy away from jumbo loans in Seattle, thinking they will have to pay a higher mortgage rate. But that’s not always the case. There are a variety of factors that determine the rate you receive on a home loan, including your credit score, the amount you put down, and other factors.

The data show that Seattle jumbo loan rates are not always higher than their conforming counterparts. In fact, a report published earlier this year showed quite the opposite.

Recent data shows that borrowers nationwide are getting lower rates on jumbo loans than the smaller conforming mortgage loans.

At the time of this article’s publishing date, the average interest rate assigned to 30-year fixed mortgages with conforming loan balances of $548,250 or less in Washington State was 2.72%.

The average interest rate for jumbo loans (those that exceeded the baseline loan limit of $548,250) was 2.98%, which very similar to rates for conforming loans.

At the same time last year, rates for jumbo loans were actually lower than rates for conforming loans.

Obviously, interest rates will continue to change. But the point is that Seattle jumbo loan rates are not automatically higher than conforming mortgage loan rates, just because there’s a higher amount being borrowed. It varies.

Joel Kan, an economist with the MBA, told CNBC: “A strong appetite for jumbo loans in a highly competitive jumbo market has led to increased availability and lower pricing … over the past few years.”

In the past, jumbo loan rates in Seattle and nationwide were almost always higher than the rates assigned to conforming mortgage products (on average). But this trend reversed a few years ago, and since then we have often seen lower average rates for jumbo mortgages than their smaller conforming counterparts.

Get a Quote to Find Out Where You Stand

This article underscores the importance of getting a specific rate quote tailored to your particular situation. The average interest rates reported by industry groups (and widely covered by the media) are useful in the sense that they help us track trends over time. But the actual rates assigned to a particular home loan can vary based on a number of factors.

The moral of this story: Seattle jumbo loan rates are not always higher than conforming, and in some cases they can be quite a bit lower. There are several variables that can affect your borrowing costs. So the logical next step would be to obtain a rate quote based on your situation.

Sammamish Mortgage is a local mortgage company serving the broader Pacific Northwest region, including Washington state, Idaho, Colorado, and Oregon. We have been in the business since 1992 and are proud to offer a wide variety of mortgage programs and products with flexible qualification criteria. Please contact us if you have any questions or are ready to apply for a home loan. 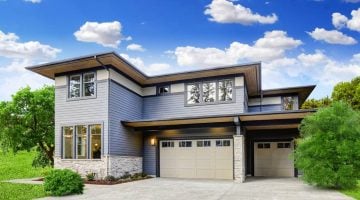 Summary: Home prices in the Boise area have increased rapidly over the past year or so. As such, federal housing officials recently announced that the 2021 conforming loan limit for Boise will be increased. Boise’s median home prices have increased…

Summary: Pierce County usually sees VA loan limit increases every year in response to rising home prices. This is no longer the case. Pierce County, Washington is often one of the top ten counties in the U.S. for VA loan…

Show 10 more posts
from this category