How Seattle Couple Made Buying a Dream Home Cheaper Than Renting 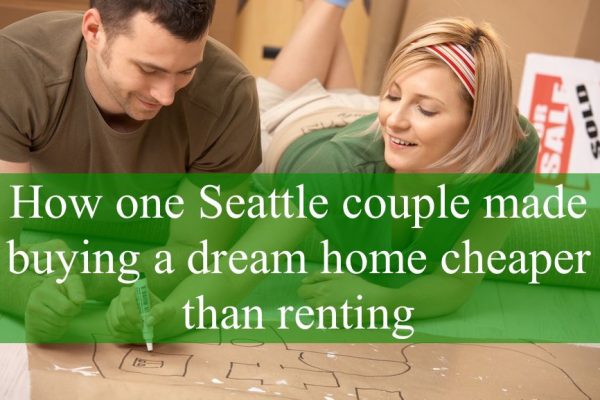 Johann Bruhner had some big changes in his life: he had just gotten a big merit raise and a cash bonus at work, he’d paid off the last of his student loans, and he had just gotten engaged to be married. He and his fiancée, Hermione, were in my office, wondering whether now might be the time to buy a house. This was the classic rent-vs-buy decision.

Johann’s fiancée was all in favor of taking the plunge into home ownership—after all, that is the American Dream, and she was now looking forward to the future: the white picket fence and the pitter-patter of little feet someday. Johann was not so sure. He was renting a spacious apartment in a nice neighborhood, and had managed to negotiate a very good lease.

“I’d like to own a home,” he said, “but I don’t know if I really want to make such a big payment. Maybe I should just keep buying mutual funds and company stock. They’ve been working well for me so far.” He had brought his bank and brokerage statements for our meeting.

I looked at his brokerage account and resisted the urge to let out a whistle. He had built up an account balance in the mid-six figures. Pretty good for a 28-year old just starting out. He had enough cash for a 20% down payment on a home at least as nice as the luxury apartment where he now lived—and after covering the normal closing costs, he’d still have a nice cash reserve remaining.

“Do you think you’ll be staying in the area for a while?” I asked.

“Yeah,” he said. “I’ll definitely be around for at least several years.” Hermione was smiling.

“Let’s look at this from a purely financial angle,” I said. “We’ll disregard all the warm-and-fuzzy, emotional aspects of home ownership for a bit, and just look at the numbers to see if it makes sense for you.” He and Hermione nodded in unison.

“Let’s look at the monthly difference between paying rent and paying a mortgage, plus taxes and insurance,” I said, putting a legal pad between us. “What’s your rent now?”

I looked at his pay stubs and did a quick calculation on the legal pad. I had already pulled his credit report and knew that he had just a modest car payment. He would qualify for a purchase of $960,000—a nice home for the Seattle area. The payment at today’s mortgage rate of around 6% would be about $4,600, including taxes and insurance. I wrote that number down on the legal pad. Johann’s and Hermione’s eyes grew wide when they saw the number.

“That’s over a thousand dollars more than what we’re paying now!” he said. “That’s a big jump.” He was right: this was what we call “payment shock.” And they were definitely shocked.

“Yes, that’s a pretty big jump,” I said, “but I wanted to show you what your maximum is. Let’s look at this more closely, just to give you a feel for how the numbers work. The first thing you should keep in mind is that you’ll be able to write off most of your payment.” I calculated the mortgage interest and property taxes. “For a $768,000 loan at 6%, you’ll pay about $46,000 interest in the first 12 months. You’ll also pay about $12,000 in property taxes. Both of those are deductible; you’ll claim them on your Schedule A.” I wrote the two numbers down on the legal pad.

I explained that they should talk to their tax advisor to get accurate numbers, but my rough calculation showed that they’d reduce their income tax burden by nearly $6,600 a year—$500 a month. Then I showed them how to increase their take-home pay by changing their exemptions on their W4 forms. Claiming an additional 7 exemptions would give them the benefit of the interest and tax write-offs with each paycheck. That made the monthly payment the equivalent of $3,800. But we weren’t done with our calculations.

I knew they’d pay their loan balance down by almost $9,600 after one year. Even though that increasing equity was locked up in the house, it represented a kind of “forced savings” plan each month. Out of each $4,600 payment, roughly $800 was going to pay down the principal of the mortgage. Adding that figure to the tax savings, the monthly payment on their own home dropped to the equivalent of $3,000—less than they were already paying in rent.

There are two more aspects of the comparison that bear mentioning. One is the likelihood that the home will go up in value over time. Even a modest appreciation rate of 2% per year would mean that the home would rise in value by more than $19,000 a year.

The second is the additional costs that a homeowner will pay: repairs and maintenance, and, in Johann’s case, a gym membership to replace the one he used at the apartment complex. I suggested that allowing $100 per month for repairs and maintenance should be more than adequate, and a gym membership would cost about $20 a month. That put his true cost of ownership at $2,880 a month.

I suggested that they spend some time to think about these numbers, then call me for a follow-up meeting. I tore off the page full of numbers from the legal pad and handed it to Hermione. They left my office smiling and holding hands. Hermione was clutching the yellow paper. 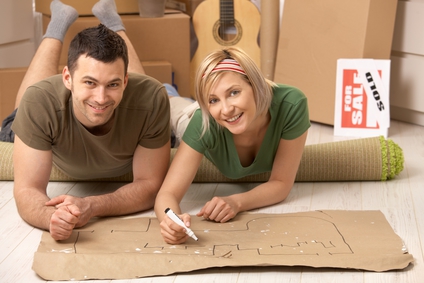 Anyone thinking about becoming a homeowner should take these things into account:

Finally, spending time with a professional tax advisor is always a good idea at some stage of the process. They will be able to identify the tax aspects of home ownership very accurately.

As for Johann and Hermione? They just celebrated their first anniversary in their dream home, and they tell me they have started decorating the third bedroom with Angry Birds wallpaper—and a crib.

Sammamish Mortgage is a local, family-owned company based in Bellevue, Washington. We serve the entire state, as well as the broader Pacific Northwest region, including Oregon, Idaho, and Colorado since 1992. We offer various mortgage programs to suit your needs. Please contact us if you have mortgage-related questions. 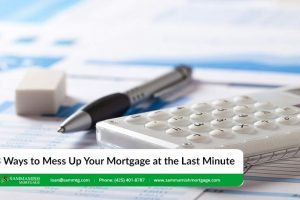 6 min read
3 Ways to Mess Up Your Mortgage at the Last Minute
Have you already been pre-approved for a mortgage? Just because you have doesn’t mean that final...
Read more 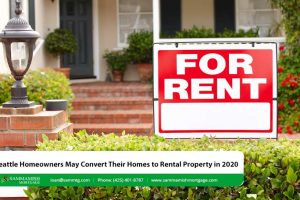 4 min read
Seattle Homeowners May Convert Their Homes to Rental Property in 2022
Home prices in Seattle are very high relative to the average in Washington State, but so are rental...
Read more
Show 39 more posts
from this category