Home-Prices in Washington vs. Oregon: Updated Outlook for 2021

Washington and Oregon are both located in the Pacific Northwest, but how do their housing markets compare? This article provides an updated comparison of Washington State vs. Oregon, from a housing costs perspective.

Median and average home prices in Oregon and Washington were actually somewhat similar as of winter 2021, But it’s a different story when you drill down to the city and metro level.

Of course, home prices can change quite a bit from one city to the next, even within the same state. So let’s drill down a bit.

Statewide, prices are expected to rise gradually throughout 2021. So, home buyers in Oregon who put off their purchases until later next year could encounter higher housing costs and lower affordability.

Here are the January median home prices for the 3 most populous cities in Oregon:

In all three of these cities — and across much of Oregon — house values are expected to continue climbing throughout 2021. But they could do so at a slower pace in Salem and Portland than what we’ve seen in the past. But in Eugene, the local market is very hot right now, so prices are expected to rise at a faster pace in this city compared to the others.

The median home value for the state of Washington was $463,856 as of January 2021, which is higher than where Oregon was for that same month.

The median price in Washington State rose by around 12.5% from January 2020 to January 2021, according to MLS data and real estate reports. Home values in Washington are expected to continue climbing throughout 2021 at approximately the same pace.

So at the broader state level, housing costs are a bit different in Washington and Oregon. But there’s more variance when you drill down to the city level.

Here are the January median home prices for the 3 most populous cities in Washington:

As you can see, Seattle surpasses all of the other cities mentioned above (in both states) in terms of home-price appreciation. It was actually leading the nation for a while there. For instance, back in September 2017, the Seattle Times reported that the city “has been leading the country in home-price increases for a while. Now, no other region is even close.”

But price growth in the Seattle metro area slowed down during 2018 and 2019. In fact, prices actually retreated in 2019, though they made a comeback in 2020 and are predicted to continue rising this year.

The bottom line: At the state level, median home values are a bit different in Oregon and Washington State, though the price gap has widened a bit over the past couple of years. But it can vary quite a bit at the city level.

Some of the highest prices in this part of the county are occurring in the Seattle area, including Bellevue and Sammamish. The median value in Portland, the most populous city in Oregon, has settled into the high-$400,000 range.

Looking to Apply For a Mortgage?

If you’re ready to apply for a home loan or are simply looking for answers to your questions, Sammamish Mortgage is ready to help. We are a family-owned and operated mortgage company serving the entire Pacific Northwest region since 1992. We currently lend in all of Washington, Colorado, Oregon, and Idaho, and offer many mortgage programs to borrowers across the region. Call Sammamish Mortgage today! 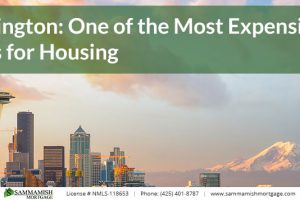 Washington: One of the Most Expensive States for Housing in 2021?

Washington has long been a hot state in terms of housing, and prices have risen considerably over the years. But what will the outlook be for the housing market in Washington for 2021? In This Article: Washington State Home Prices… 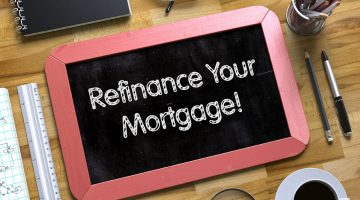 Given The Current Mortgage Rates, Should You Refinance?

There are several important factors you should consider before you refinance your mortgage this year, including current rates and your financial situation.

Show 124 more posts
from this category