Seattle Home Prices Report: Values Rose 101% Over the Past Decade 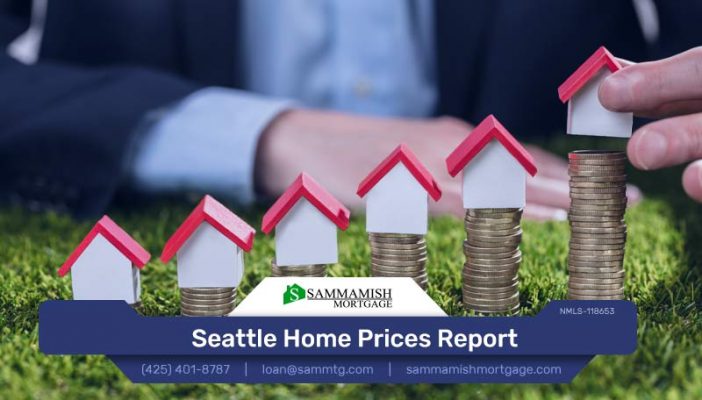 Home prices in Seattle rose by around 101% over the past decade. That was one of the highest gains among the major metro areas in the U.S., for that 10-year time period. Where will prices go in 2023?

Seattle has long been a hot housing market, with home prices more than double many other parts of the state of Washington and the country as a whole. Over the past two decades, prices have skyrocketed, making prices extremely high for home buyers but giving homeowners plenty of equity by riding this wave of appreciation.

We hear a lot about home-price changes from year to year. But what about the long term? Sometimes, it’s interesting to see how much home values rise during a 10- or even 20-year period.

Among other things, this allows us to calculate the average appreciation rates without them being overly influenced by short-term spikes or dips. We can also compare one city to another, to determine where prices have risen the most over time.

We’re taking the long view by showing how home prices have changed in Seattle during a 10-year period. Specifically, the change in the median home value for each metro between 2012 and 2022.

That’s a hypothetical scenario, but it’s based on real data. House values in the Seattle area actually have risen at that pace.

In December 2022, the median home price in the city of Seattle has risen to around $927,525. In the broader metro area (which includes Tacoma, Bellevue and other cities), the median was around $756,606 as of December.

Incomes Rose at a Slower Pace

The median household income in Seattle is currently about $102,486. This is around 23% higher than the state-wide median annual income of $78,687.

However, income increases are not as marked over the past 10 years as compared to the past 20. Though incomes have increased at a very healthy rate over the years in Seattle, they don’t compare to the rate of increase of home prices in the city.

The median household income in the Seattle metro area rose by about 15% during the 10-year period mentioned above. This means that home values in the area have risen nearly 7 times as much as incomes.

Seattle is not unique in that regard. Zillow’s figures for the nation as a whole show a similar trend, with house-price appreciation outpacing income growth. Nationwide, the median home value rose by 88% during the 10 years from 2012 to 2022. By comparison, the median household income in the country rose by 26% during that same period.

In Seattle, the gap between income and home-price growth is more pronounced than in many other U.S. cities. That’s partly because of the double-digit annual increases in home values that occurred during the middle part of this decade.

For many years, home-price growth in Seattle was roughly on par with the nation as a whole. But an ongoing housing shortage, coupled with strong demand from buyers, sent home values in the Seattle area skyrocketing in recent years.

Prices in Seattle have skyrocketed over the past few years, including in the first half of 2022. From the start to December of 2022, prices increased by 7.1%. And prices are expected to continue increasing in 2023, though perhaps not as the same pace.

Home prices in Seattle are still some of the highest in the state of Washington. There are plenty of other markets nearby that offer much lower real estate prices, such as Tacoma and Federal Way.

In fact, not only do these markets offer prices that are less than half of Seattle’s prices, their markets are also very hot lately. This could make them an ideal place to buy a home at a lower price while riding the wave of rapid appreciation.

Thanks to these massive increases in home prices over the past few years, homeowners who got into the market earlier have realized significant gains in home equity. Along with regular mortgage payments, Seattle homeowners have been able to take advantage of skyrocketing equity thanks to appreciation in home values over the decade.

That doesn’t mean that it’s too late to get into the market for homebuyers looking to buy a home. As mentioned, prices are expected to continue increasing in 2023, so there’s plenty of opportunity to benefit from homeownership and the withholding that comes with it.

Today’s rapidly rising interest rates also make homebuying less affordable. As of the first week of December 2022, the rate for a 30-year fixed-rate mortgage was 6.49%. Higher mortgage payments mean less money to spend on other things.

Looking to Apply For a Mortgage in Seattle?

Sammamish Mortgage is a family-owned company based in Bellevue, Washington which serves the entire state, as well as the Pacific Northwest region overall. This includes Washington State, Colorado, Idaho, and Oregon. We have been offering our clients many different mortgage programs and products with flexible qualification requirements to suit the needs of each borrower since 1992. Feel free to contact us today if you have questions about applying for a mortgage. 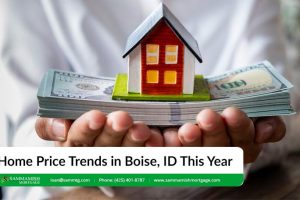 6 min read
Home Price Trends in Boise, ID Throughout 2023
Buyers and sellers like to know how much home prices are going for at any given moment. This...
Read more 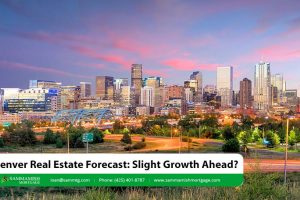 4 min read
Denver Real Estate Forecast for 2023: Price Growth Ahead?
The real estate market in Denver has seen healthy gains in recent years, and this past year was no...
Read more
Show 135 more posts
from this category