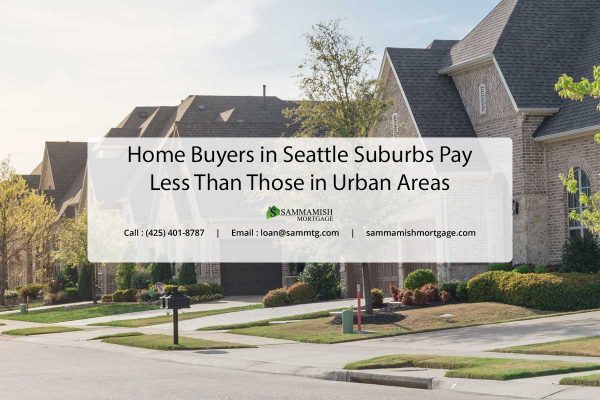 Summary: Want to live in the Seattle area while reducing your monthly mortgage payments at the same time? Look to the suburbs. This article will explain why.

A recent report by a team of housing analysts reinforces something we’ve known for a long time — the Seattle suburbs can be a more affordable alternative to downtown urban living.

There’s something to be said for being in the “heart” of a city, where all of the action is. Home buyers who purchase a home in a city center often enjoy perks their suburban counterparts miss out on. These include having restaurants, shops and entertainment venues within walking distance.

But when it comes to buying a home in the Seattle suburbs versus urban areas, there’s a pretty clear price distinction. It’s generally more affordable to buy in the outlying suburbs than the central urban areas, with all other things being equal.

According to data from Axios and Redfin, Seattle locals have to earn 34.2% more than they did a year ago to afford the region’s median-value home. In March 2021, you had to earn at least $113,136 to afford the median home for sale in the Seattle metro area, but by March 2022, the needed income had risen to $151,833.

The fact that the median household income in the Seattle metro is only around $90,790, and the median home price is currently more than $960,000 (as of September 2022), homes are distinctly unaffordable for many people who wish to live in Seattle.

The Geography of Home Prices

Of course, it doesn’t always work out this way. In some cities and metro areas across the country, home buyers in urban and suburban areas pay similar amounts in housing costs. And in certain places — such as Phoenix, Arizona — those who live in the suburbs tend to use a larger percentage of their income on mortgage payments and housing costs.

But in the Seattle area, it’s clearly more expensive to live in the city center and other urban areas, and less expensive out in the burbs. On average, at least.

Specifically, home buyers who do their shopping just to the north or south of Seattle proper will find better deals. Traveling due east of Seattle would put you into Bellevue, where home prices can be even higher. So geography matters.

Overall, however, buyers who end up purchasing a home in the more urban areas of Seattle tend to use a higher share of their income on housing payments. While those who settle in the suburbs tend to get more home for the money (and maybe even a yard).

It’s that old supply-and-demand thing again. When a lot of people want to live in a certain location, it creates more demand for housing (on both the rental and purchase side). This kind of demand puts upward pressure on home prices.

Such is the case in the Seattle area. A lot of the folks who move into the area do so specifically to live in or near the downtown area. Maybe they do it to shorten their commute, or to enjoy more walkability — or for any number of reasons. But in many U.S. cities, including Seattle, living downtown or in an urban area means that you’ll likely pay more for a home.

Looking to apply for a mortgage? Sammamish Mortgage has been serving the Pacific Northwest since 1992, providing borrowers in WA, ID, CO, and ID with a variety of mortgage programs with flexible criteria. We are a local, family-owned company with a variety of flexible financing options. Please contact us if you need a mortgage loan to buy in the Seattle area. 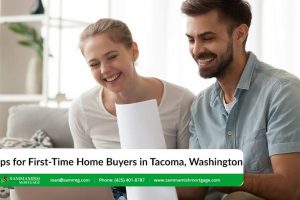 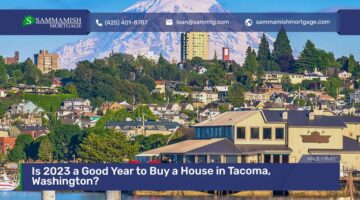