A Seattle Housing Bubble in 2022? The Evidence Suggests Not 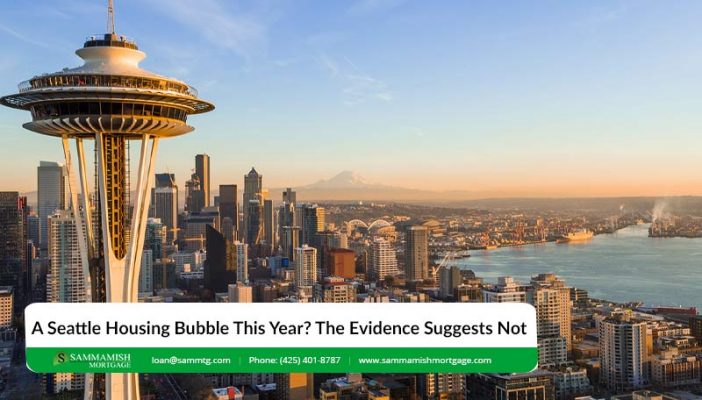 Many people may be concerned that Seattle may be in the midst of a housing bubble. Is it? And will it burst any time soon in 2022?

The evidence suggests that no bubble exists, especially as prices have been retreating.

Recently, we examined a common question on the minds of some residents across the state of Washington. Is the state experiencing a real estate bubble?

While home prices have clearly risen at a pace that’s above average over the past few years,  several economists have said it’s not a bubble scenario.

But what about the Seattle metro area, in particular? Is Seattle currently in a housing market bubble? Or will it move toward one further in the year and beyond? Again, the answer is no.

Experts: Seattle Is Not in a Housing Bubble

Several experts have weighed in on this subject, and the general consensus is the same. They say the Seattle-area real estate market is not in a bubble.

That’s largely due to strong economics fundamentals that were lacking during the last housing boom (fundamentals like high employment and sound lending practices.)

The national Case-Shiller housing price index recently showed that the Greater Seattle Area experienced a warm housing market over the past few months compared to other markets across the country.

The index shows that home prices in Seattle peaked in June 2018, but steadily retreated until late 2019. According to real estate database company Zillow, prices in Seattle had plummeted from a whopping $752,000 in June 2018 to $728,000 by October 2019. That said, prices have been on the rise since then.

While many may have assumed that a bubble was building and was doomed to burst over the past few years, such is not the case.

The negative factors that contributed to the previous housing crisis are no longer present today. Mortgage rates are still very low and have declined throughout the past year. And they are expected to remain low throughout 2022, though perhaps slightly higher than they have been over the course of 2021. And demand may still be strong, but not as much as it was in 2018.

James Young of the Runstad Center for Real Estate Studies at UW says:

“A bubble is usually when prices get ahead of the fundamentals that influence the marketplace. For the Seattle area, we still have very high inward migration, extraordinary levels of job growth within high paying economic sectors, and record low interest rates.”

So it seems there is general agreement that Seattle is not in a real estate bubble in 2022, and that one does not appear likely. Sure, we’ve seen rapidly rising home prices in the area from 2012 to mid-2018, and again from mid-2019 until now.

According to Zillow, home prices increased 11% over the past 12 months, and now sits at $874,877. That’s a decent rate of appreciation, but that alone does not signify that a housing bubble is taking place.

Prices did not rise because of speculation. They rose because a lot of people want to live in the Seattle area, due to its strong economy and job market, its outdoor beauty, and other attractive features. And those who are using mortgage loans to buy a home are better qualified than in the past.

That being said, there are clearly some issues within the Seattle real estate market. Affordability and lack of inventory are among them. While there may have been a marked increase in properties available for sale in King County in the recent past, according to the NMLS, the recent health crisis has prompted many sellers to put off selling their homes, therefore leaving fewer properties available for sale to interested buyers.

The supply-and-demand situation is a story of extremes, particularly on the supply side. Strong demand and chronically low inventory have put tremendous upward pressure on home prices in recent years. That’s why the metro area has experienced double-digit increase in house values — per year – over the past few years (excluding June 2018 to July 2019).

Right now, there’s only a 0.41-month supply of available homes for sale. That’s far from a “balanced” market of anywhere from 5- to 6-months’ supply.

Other challenges remain for home buyers in the Seattle area. Home prices are still pretty expensive for the average homebuyer, especially when compared to the national average price of a home.

But at least it’s not a bubble!

If you’re in need of a home loan to finance a home purchase in Seattle, Sammamish Mortgage can help. We are a local, family-owned company based in Bellevue, Washington. We have been serving the entire Seattle metro area since 1992, along with the rest of the state and the broader Pacific Northwest, including Idaho, Colorado, and Oregon. We also provide a variety of mortgage programs. Please contact us if you have mortgage-related questions, or if you’d like to receive a quote. 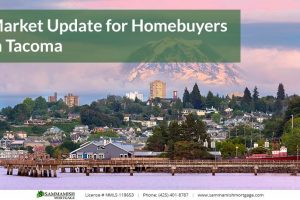 5 min read
Market Update for Homebuyers in Tacoma, WA for 2023
As we head into 2022, home prices in Tacoma are significantly higher. In fact, the housing market...
Read more

3 min read
Colorado Housing Forecast for 2023
What is the real estate market in Colorado expected to look like in Colorado in 2023? Check out...
Read more
Show 135 more posts
from this category