How Low Will Mortgage Rates Go? 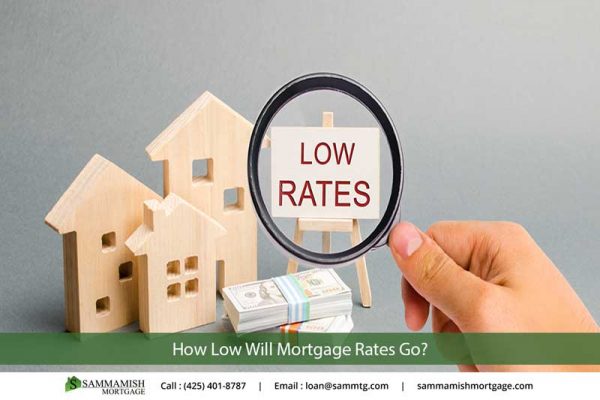 In an effort to strengthen the economy, the Board of Governors of the United States Federal Reserve System cut the key benchmark interest rate nearly to zero percent last year. In turn, most lending institutions began lowering rates on loans, including mortgages.

However, the Fed recently approved a 0.25 percentage point rate increase in March 2022, the first increase since December 2018.

So, what will interest rates continue to do this year?

What Are the Record Mortgage Rate Lows?

Throughout 2020 and 2021, mortgage rates plummeted, hitting low after low. The average rate for a 30-year fixed mortgage dropped to record-hitting 2.65% in the first week of January 2021. But since then, rates have been inching up.

The Federal Reserve has the power to stabilize the economy by regulating the price of money. The usual method of regulation is through manipulation of short-term interest rates. If interest rates drop, borrowing money is cheaper. More people borrow money, spend that money, and stimulate the economy.

If rates stay too low for too long, however, the value of the dollar begins to decrease. The amount of goods and services available for purchase stays level, and spending stagnates again.

Banks lend and borrow on different levels. They lend to businesses and consumers, and borrow from each other and from the Federal Reserve. The Federal Reserve can impose reserve requirements on banks, making them maintain a certain portion of their total deposits on hand to prevent the likelihood of a run on the bank.

For nationally chartered banks, the Federal Reserve holds additional regulatory authority. As the ”Fed” makes money more or less expensive for consumers, it also has the same effect on banks and other lending companies that use banks. Banks typically raise rates when the Federal Reserve does, but the reverse is not always true.

How Much Control Do States Have Over Interest Rates?

The Department of Financial Institutions (DFI) regulates state-chartered banks and lending institutions according to the Revised Code of Washington (RCW) and the Washington Administrative Code (WAC).

Rules clarifying regulatory statutes, examination of state-chartered lenders and services for consumer protection all fall under this agency’s jurisdiction. While deposit institutions are overseen by the Division of Banks, mortgage originators are subject to the Division of Consumer Affairs (DCA).

In Oregon, the Division of Financial Regulation (DFR) shepherds the operation of those banks, credit unions and other financial service companies requiring a charter or license. The DFR issues regulatory guidance, receives accounting reports, and advises the public as to their rights

The Oregon Revised Statutes (ORS) and Oregon Administrative Rules (OAR) authorize DFR to examine financial organizations for business irregularities. In addition, the division fields questions and complaints regarding insurance providers from home and auto coverage to health and life policies.

Lenders in Idaho are regulated by the Department of Finance, Banking Section. This agency is responsible for supervising the state-chartered savings banks, commercial banks and financial holding companies. It also regulates independent trust companies and business/industrial development companies that operate under state licensing.

Department employees audit the reporting of lenders, and conduct ongoing training for industry professionals. This government agency also operates with independent accreditation from the Conference of State Bank Supervisors. Accreditation keeps the regulators accountable to the public they serve.

Banks in Colorado are accountable to the Department of Regulatory Agencies, Division of Banking. This department operates similarly to bank regulators in the other states mentioned above. Commercial banks and savings banks, trust companies and other depositories fall under this division’s dominion.

The department also houses the State Bank Commissioner, which makes Colorado unique. This officer can add points to the discount rate declared by the Fed, and apply them to financial institutions state-wide. This discretion has an enormous impact on the overall Colorado economy.

What Will Happen With Interest Rates next?

Most would-be homebuyers realize that current low rates are worth capitalizing on. Some borrowers may want to lock in a mortgage immediately, but could rates get even lower?

Right now, the 30-year fixed-rate mortgage rate is 4.67%. While that may be higher than what they were last year, it’s still relatively low, for the following reasons:

The US economy has struggled over recent months, and unemployment reached staggering levels. But over the past few months, we’ve been seeing significant improvements in employment numbers, which may suggest that rates may not go much lower than they are today.

The housing inventory is extremely low. This drives mortgage rates down as competition increases for available properties.

Roughly 90% of Americans qualify to refinance their current mortgage. With rates at near-lows, banks will have to compete fiercely for these refi opportunities. Lenders don’t make their money solely off of interest, but can recoup through origination fees and closing costs as well as selling loans at a premium on the secondary market.

That said, there are areas in which mortgage rates might see a small bump due to additional changes in the industry:

Banks are tightening restrictions and raising minimum qualifying credit scores out of fear that defaults will be on the rise. Expect higher interest rates for those who no longer handily meet credit score expectations.

At Sammamish, loan officers can help match you with a home loan product that gives you the best interest rate possible on your mortgage. Unlike banks and other large financial institutions, mortgages are all we do, which allows us to focus all of our attention on sourcing the best possible options for our clients.

Sammamish Mortgage has been in business since 1992, and has assisted many home buyers in the Pacific Northwest. If you are looking for mortgage financing in Washington State, we can help. Sammamish Mortgage offers mortgage programs in Colorado, Idaho, Oregon and Washington.

Contact us if you have any mortgage-related questions or concerns. If you are ready to move forward, you can view rates, obtain a customized instant rate quote in Washington State, Oregon, Colorado, and Idaho or apply instantly directly from our website.

1 min read
Rent or Buy?
Trying to decide if you should rent a house or buy your own home? Learn about all of the benefits...
Read more 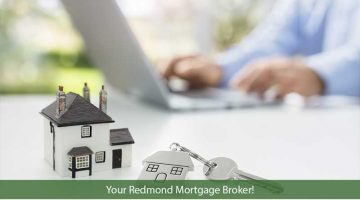